Antonio Conte to shave if Chelsea lose to Qarabag FC 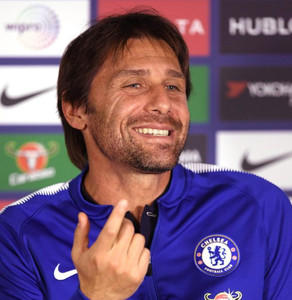 The head coach of Chelsea Antonio Conte with a grown beard joined the press conference ahead of the 12th round match of English Premier League with West Bromwich.

Conte said at his wife’s wish he has grown the beard.

“I don't know if my looks are good, but my wife suggested to me that I try for once and to try and stay with a beard.

'This is the first time. We can see tomorrow if it brings luck or not. But I repeat, I have tried to change my look but only because my wife decided.”

Asked if he will continue to grow it if Chelsea keep winning, Conte said: “Yes. I hope at the end of the season to finish with a big beard.”

The match between West Bromwich and Chelsea will start at 19:00 Baku time.

On November 22, Chelsea will be guest of Qarabag in the fifth round of Champions League. The match will be held at Baku Olympic Stadium at 19:00.