Championship in Artistic Gymnastics kick off 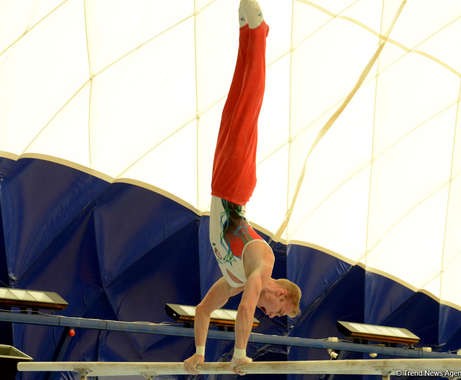 Azerbaijan and Baku Championship among Age Categories in Artistic Gymnastics kicked off in Baku in the subsidiary hall of the National Gymnastics Arena.

Representatives of "Ojaq Sport" Club, Baku Gymnastics School, Republican Complex Sports School and the city of Sumgayit will compete for the medals in the events to be held among men and women.

The spectators will watch skilful performances of participants of the Rio 2016 Olympic Games Oleg Stepko and Petro Pakhnyuk, as well as bronze medalist of the FIG World Challenge Cup in Artistic Gymnastics held in Baku in February Marina Nekrasova, Yuliya Inshina and Mariia Smirnova during the two-day events.