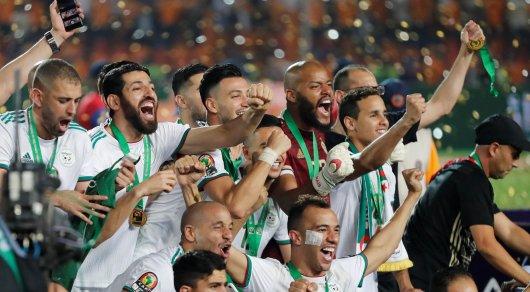 Axar.az reports citing African media that a goal by 27-year-old forward Baghdad Bounedjah gave Algeria an early lead in the second minute of the game at Cairo International Stadium.

With Senegal unable to score to draw the game, Algeria became AFCON champions for the second time in the tournament’s history.

Senegal, who were runners-up in the 2002 AFCON, missed their chance to win the cup for the first time.

Midfielder Sofiane Feghouli from Galatasaray was in the starting lineup for Algeria and played 85 minutes.

Galatasaray striker Mbaye Diagne and Lamine Gassama from Goztepe played for Senegal, but they could not help their nation avoid a loss.

Nigerian forward Odion Ighalo became the top scorer of Egypt 2019 with five goals as Nigeria clinched the bronze medal in the tournament.