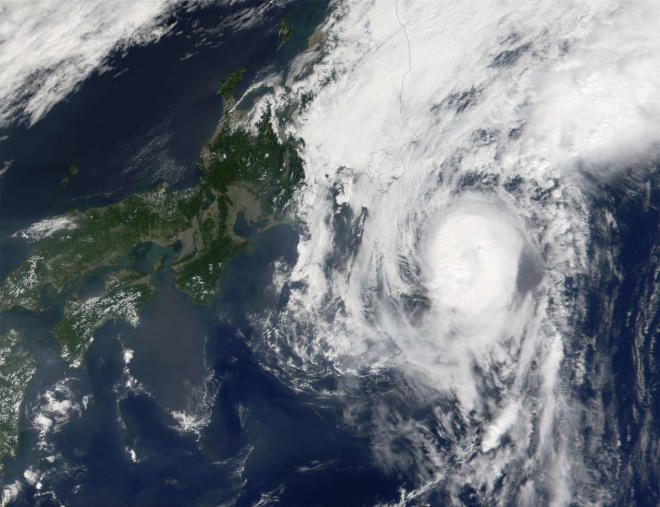 England's Rugby World Cup match against France on Saturday has been called off because of Typhoon Hagibis, but organisers hope Scotland against Japan can go ahead as planned on Sunday.

The typhoon, described as the biggest of the year, is set to wreak havoc in Tokyo and surrounding areas.

Ireland's match with Samoa in Fukuoka is expected to go ahead as scheduled.

"The decision to cancel matches has not been taken lightly," said tournament director Alan Gilpin.

"It has been made with the best interest of team, public, and tournament volunteer safety as a priority based on expert advice."

The Pool B match between New Zealand and Italy in Toyota on Saturday has also been cancelled, denying Italy their outside chance of qualifying.

If the Scotland-Japan match was to be called off, Gregor Townsend's side are likely be knocked out of the World Cup.

Cancelled matches see both teams awarded two points as part of a 0-0 draw.

That means England progress as winners of Pool C, two points ahead of France in second place, and face a probable quarter-final against Australia, with Wales expected to top Pool D and therefore play the French.

France would have the advantage over Wales of a two-week rest, compared to one week.