Raheem Sterling was dropped from the national team 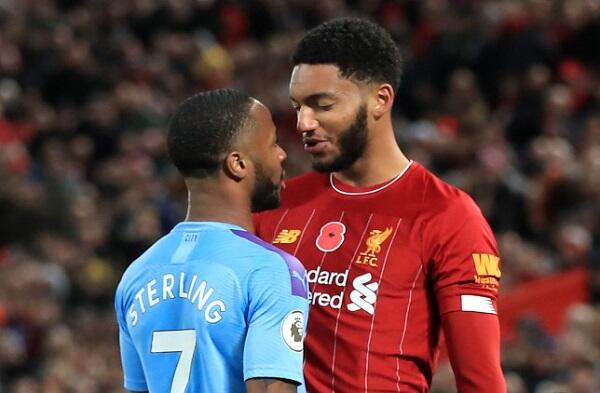 Raheem Sterling asked Joe Gomez if he was ‘still the big man’ during his heated clash with the Liverpool defender on England duty.

Axar.az reports citing Metro.co.uk that the Manchester City winger has been dropped by England manager Gareth Southgate for the Euro 2020 qualifier against Montenegro on Thursday.

Both players squared up to each other during Liverpool’s 3-1 victory over City in the Premier League on Sunday, although they did embrace after the match had ended. But when the two met in England’s camp, Sterling is said to have reacted angrily after he was approached by Gomez in the players’ canteen at St George’s Park.

According to reports, Sterling is understood to have attempted to grab Gomez by the neck and asked ‘you still the big man?’

Initially, other England players who witnessed the incident thought Sterling was joking before they stepped in to break up the altercation. Sterling has since apologised to Gomez and the rest of the England squad, but he will play no part of the match against Montenegro on Thursday. However, the City winger has not been kicked out of England’s squad and could feature against Kosovo on Sunday.