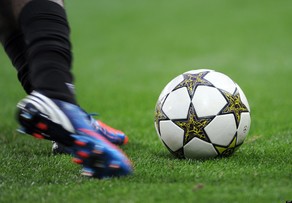 First finalist of U-17 European Championship in Baku revealed.

It is the Portuguese national team. In semifinal, Pyrenees won Dutch national team - 2: 0 in "Dalga Arena" in the 25th minute.

The other finalist will be known in Germany - Spain match at the 20: 00 in "Dalga Arena".

Championship match will be held in "Bakcell Arena" on May 21.