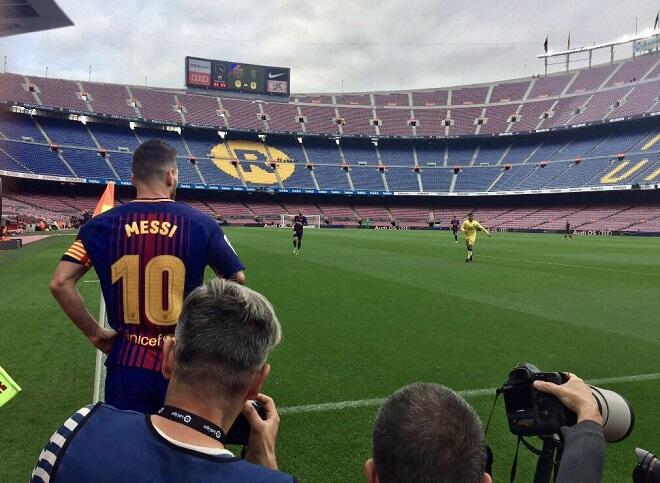 Barcelona has put the title rights for the Camp Nou stadium up for sale as they bid to raise funds for the battle against coronavirus.

Axar.az reports citing foreign media that the Liga club's executive board said Tuesday it will donate the entire fee raised by selling the title rights to the Camp Nou to fighting the global pandemic.

The Camp Nou is the biggest stadium in Europe with more than 99,000 seats. It has never had a sponsor since opening in 1957.

"We want to send a universal message: For the first time someone will have the opportunity to put their name on Camp Nou and the revenues will go to all of humanity, not just Barca," club vice president Jordi Cardoner said.