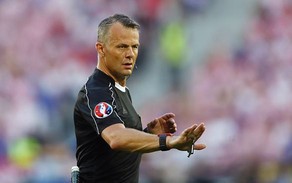 Appointments for the 1/4 finals of the European Championship were made.

Dutch referees will judge the game between France and Iceland.

The match will take place on July 3.