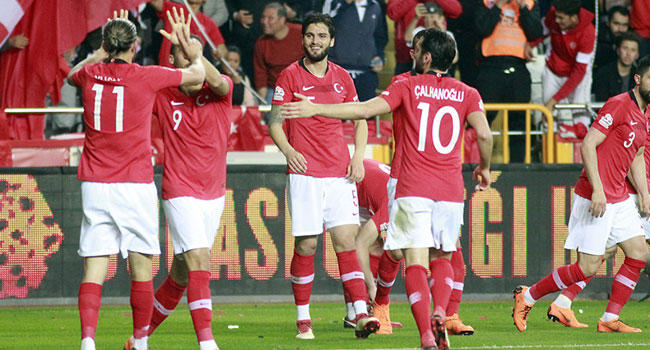 The venues of the matches that the Turkish national football team will play against Armenia and Croatia in Group D of the 2024 European Championship (EURO-2024) qualifying round in March next year have been determined.

Axar.az reports that the moon-star team will face Armenia in the first match of the qualifying round of EURO-2024 on Saturday, March 25 in the capital Yerevan. The match to be played at the Republic Stadium will start at 21:00 Baku time.

The national team will host Croatia in Bursa on Tuesday, March 28, in their second match in Group D. The starting time of the match to be held at Bursa Metropolitan Municipality Stadium is 22:45.