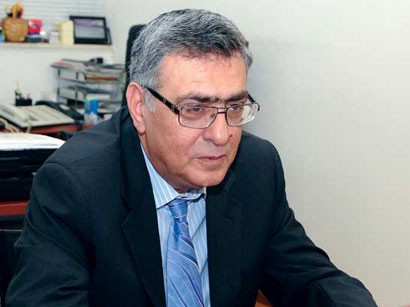 The success of Azerbaijani wrestlers annoys some circles, Vice-President of the National Olympic Committee of Azerbaijan Chingiz Huseynzade said at a press conference in Baku.

Huseynzade noted that in recent years Azerbaijan has achieved great success in wrestling.

“Azerbaijani wrestlers won nine medals at Rio 2016,” he said. “Now they wonder how Azerbaijan could win so many medals.”

Previously, information was disseminated regarding the fact that some wrestlers from Azerbaijan, Ukraine and Kazakhstan were using doping substances at Beijing 2008 and London 2012 Olympics, however, the names of the athletes were not disclosed.

Huseynzade said the doping scandal continues, and no one knows what will happen next.

“Somehow, the names of countries that invented doping drugs and anti-doping tests, are not on the list, and only Azerbaijan, Kazakhstan, Uzbekistan and other countries are included. Our athletes passed doping tests before and after the competitions, and the results of the tests were negative.”

“Now someone has invented a new technology, and doping tests are repeatedly implemented on the basis of it,” he said. “Someone who checked samples of athletes using this technology may say that the results of their blood doping test were positive. These problems exist, and I think that the debates will continue for several more years. But sooner or later the issue will be solved.”