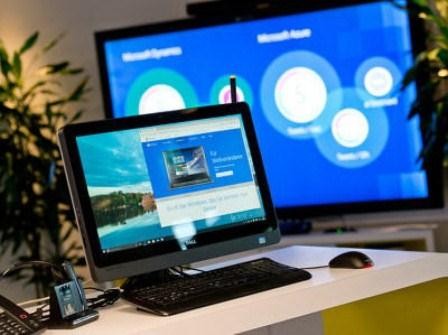 A couple of months ago, Satya Nadella, CEO at Microsoft, announced the company would change the way it monitors Windows 10 growth, observing monthly active users instead of devices, according to the Windowsreport.

This comes after the company noticed the sales of Windows phones were so low that they could not achieve the goals it originally set of selling one billion devices by the middle of 2018.

At Ignite, however, Microsoft announced another milestone for the devices, declaring that the operating system is now running on 400 million devices. It is indeed a big number but only shows that once the company stopped offering Windows 10 for free, growth slowed.

In the beginning of May, Windows 10 was present on 300 million devices. Two months later, the number went up to 350 million. Another three months and the number added another 50 million. But if you're thinking this is the number of users that installed the new OS voluntarily, you'd be wrong. In this calculation, Microsoft includes all devices running the OS, including tablets and computers found in warehouses or shops around the world that haven't been sold yet.

The company also keeps track of the Windows install base. Back in June, Windows 10 owned 39% of the global market, 50% in the US and 51% in the UK. It remains to be seen where the OS will be placed when its next update is released and whether the canceling of the free download will also be reflected in the numbers.

At the end of this week, NetMarketShare should release the latest figures for users, not for devices. The last similar information was released for August and showed Windows 10 occupying 22.99% of the world. These numbers only take into account the desktop users and also include some older OS, such as Windows XP.