Rival from Mercedes to Tesla? 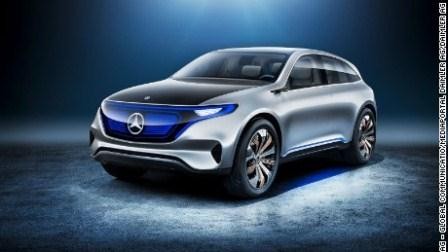 The tech-savvy concept car takes futuristic driving to another level, making buttons and knobs a thing of the past as it swaps the entire dashboard with a touchscreen panel.

Generation EQ is just the first of new Mercedes electric vehicles expected to hit the market, says the manufacturer.

Although still in the concept stage, Mercedes expects to have 10 electric vehicles on the road by 2025, which will include everything from sedans to convertibles.