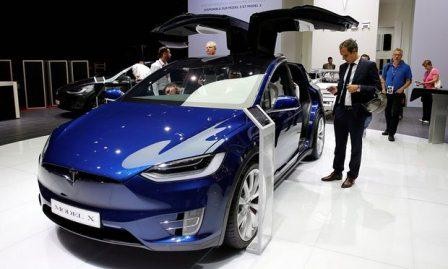 All new Tesla models are being built with hardware to enable them to be fully self-driving, Elon Musk has announced.

The company has said its Model S and Model X electric cars are already being produced with the new system, which includes eight cameras, 12 updated sensors and radar with faster processing.

The software to go with the new hardware package was still being tested and would be installed once ready, Musk said.

The death in May of a Tesla driver using the company’s existing Autopilot system prompted an investigation by safety regulators.

The German government has called on Elon Musk’s company to stop using the Autopilot branding, while the maker of the original version decided to stop selling it to Tesla, accusing the electric car company of “pushing the envelope” on safety by using the system for a purpose for which it was never designed.

But Musk said he expected that by the end of 2017 a Tesla would be able to drive safely in full autonomous mode from Los Angeles to New York “without the need for a single touch” on the wheel.

He has set ambitious deadlines for Tesla many times, only to see timetables slip. Rival automakers have said they expect to be able to field autonomous driving capability by 2019 or 2021.

Older Tesla vehicles without the additional cameras, sensors and upgraded processors would not be able to drive autonomously but their Autopilot software would continue to be improved, Musk said.

For a time cars with the new hardware would have less capability to assist drivers with steering or braking than older cars running Tesla’s Autopilot, Musk said. By December, he said, he expected the newer models to reach parity with the older vehicles.

Musk said the software was being built in-house and would run on an Nvidia Titan chip.

It is unclear how Tesla’s future autonomous driving system will be greeted by regulators. Musk said it would be twice as safe as a human driver. However, federal and state regulators in the United States are proposing new, more rigorous standards to control the development and deployment of such systems.