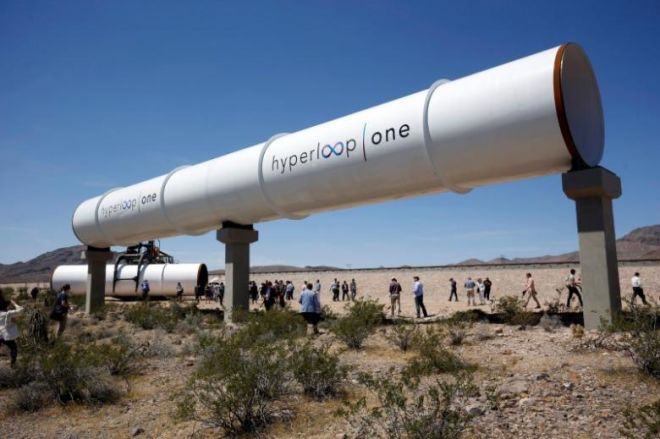 Hyperloop One, which is developing a futuristic high-speed transport system, aims to raise hundreds of millions of dollars of fresh capital next year after a first full-scale test that could secure firm orders from clients, its founders said.

The founders of Hyperloop One, which uses magnets to levitate pods inside huge airless tubes at speeds up to 750 mph (1,100 kmh) to transport people and cargo, said they have also now signed agreements on feasibility studies with the Dutch and Finnish governments.

Earlier this week, the company said it agreed to jointly evaluate a Hyperloop One transport system in Dubai.

Early next year the company will carry out its first full-scale test of the system at a facility in Nevada, which could demonstrate the system's viability. So far the company has raised $160 million to finance its growth, including $50 million last month in a financing round led by Dubai port operator DP World.

"Basically, we are looking to do a big raise next year," Josh Giegel, co-founder and head of engineering at Hyperloop One, told Reuters at the Web Summit, a tech conference held in Lisbon this week. "If we can have a customer on the hook, it will be all that much easier."

The concept behind Hyperloop One originated in a paper by Elon Musk, the chief executive of Tesla Motors Inc, in 2013. Skeptics still wonder if the technology can move from science fiction to reality.

But Hyperloop One's increasing number of agreements on feasibility studies with countries suggests growing optimism. Giegel said he has no doubts that the test will work.

"There is no doubt about it working at this point, it's just that how quickly can you go through the regulatory process, the customer process and to basically get the funding situation in place?" Giegel said.

Building networks of the huge tubes being built by Hyperloop One, either above or under ground, would cost billions.

Hyperloop One co-founder and executive chairman Shervin Pishevar said he expected governments to embrace the technology once they understand the huge time savings the system can offer, for transporting people and cargo.

"Once governments see what the potential is, they will basically accelerate the regulatory process," Pishevar said, adding that regulation may not be that cumbersome as it would start from a blank sheet as the system is completely new.

The feasibility study for Finland includes a possible transport link between Helsinki and Stockholm in Sweden, a trip which would take about half an hour in a Hyperloop rather than overnight on a ferry through the Baltic.