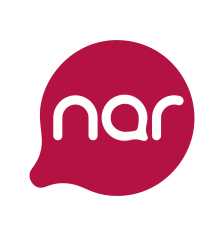 Nar takes part in the BakuTel-2016, the 22nd International Telecommunication and Information Technologies Exhibition. Nar presents the most recent innovations to the public this year, too.

During the exhibition, visitors of Nar stand get an opportunity to become a direct participant in the Augmented Reality interactive tour, allowing virtual travel in Azerbaijan for the first time, based on virtual reality technology. The software of virtual reality technology was developed by the mobile operator in the framework of introduction of new Yerlim tariff, specially developed for Azerbaijani citizens living in the regions.

It is noteworthy that in the BakuTel-2016 exhibition, Nar presents virtual reality software which was based on local content and was developed by a local company. Users can do a virtual tour to the regions of Azerbaijan by means of a special equipment. In addition to a three-dimensional video, it also allows 360-degree view. Moreover, users become participants not only in an image, but also in an interactive tour. The guests, virtually travelling the regions, are given information about Yerlim set of tariffs. Yerlim set of tariffs was exclusively developed by Nar for different regions of Azerbaijan and allows the customers to make calls just for 1 kopecks per minute in the regions.

Notably, Nar, which participates in the BakuTel-2016 at Baku Expo Center, presents entirely new Qutu product, which provides advanced communication requirements on a single payment, LTE-A (LTE-Advanced) network, which provides high-speed data exchange, Augmented Reality virtual reality technology and other innovations. Nar invites everyone who is interested in modern technology to its stand at the BakuTel.