New NASA finding suggest Mars may have life after all 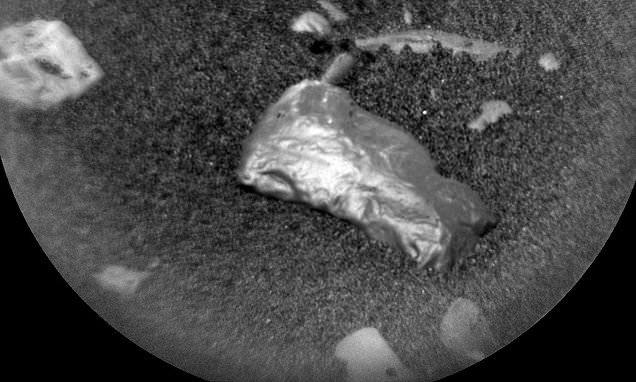 The Red Planet appears to erupt with methane from time to time, a possible indication of microbial life beneath the planet’s surface. New readings from NASA’s Curiosity rover received on Friday again detected methane but at much higher concentrations than earlier reported, according to The New York Times.

Launched in 2011, Curiosity first detected methane on the Martian surface in 2013 but evidence for the gas later disappeared, leaving scientists bewildered as to how to interpret the readings. The findings were then confirmed by an ESA orbital spacecraft known as the Mars Express, which also detected a methane spike.

But the orbital ESA/Roscosmos Trace Gas Orbiter (TGO) mission, currently in Martian orbit, found no traces of methane in the atmosphere, adding to the mystery.

Although earlier measurements returned a methane density of up to 7 parts per billion in the atmosphere, already considered high, NASA’s new readings this week show a much higher 21 parts per billion.

Separate groups of scientists responsible for the Curiosity, the Mars Express and the TGO discussed the new methane readings, but are not yet ready to make a definitive conclusion. Dr. Marco Giuranna, a scientist at the National Institute for Astrophysics in Italy who works with the Mars Express, said he was informed about the 21 parts per billion, but considered the finding to be “preliminary.”

“A lot of data [remains] to be processed,” Giuranna said in an email, according to The New York Times. “I’ll have some preliminary results by next week.”

Scientists explain that the problem of using methane levels to answer whether there is life on Mars lies with the fact that the gas can be produced by microbes - similar to those living in low-oxygen conditions such as rocks deep underground or the intestinal tracts of animals - or by geologic activity. These different sources release methane accompanied either by propane or ethane (either of which would suggest biological activity) or sulfur dioxide, which would suggest a geological origin for the material.

Next year, two new rovers are scheduled for launch to Mars: NASA’s Mars 2020 and the ESA/Roscosmos Rosalind Franklin. The Rosalind Franklin, previously known as the ExoMars rover, is named for a 20th century UK scientist known for DNA research. Both missions will be equipped with sensors for detecting the various building blocks of carbon-based life and will reach Mars surface in 2021.