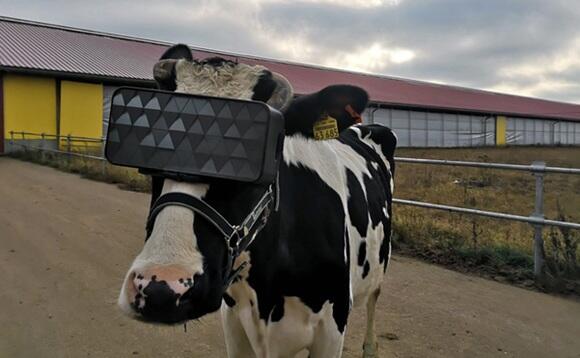 Russia has been experimenting with the latest virtual reality (VR) technology, and that's no bull.

Axar.az reports citing Inquirer that the Russian Ministry of Agriculture and Food claims that research has proved that happier cows heifer positive effect on milk yield: "Examples of dairy farms from different countries show that in a calm atmosphere, the quantity, and sometimes the quality, of milk increases markedly," it explained.

So where better than RusMoloko farm in the Ramensky district of Moscow for a company called Milknews (we're not making this up) to try out (wait for it) VR Headsets for cows.

Yes, in the often Frisian conditions of the Russian countryside, cows are being equipped with VR headsets to give them a serene pastoral vista, rather than the reality of a half-plowed up field next to a Russian motorway.

"While maintaining the positive dynamics of observations, the developers intend to scale the project and modernize the domestic sphere of dairy production. "