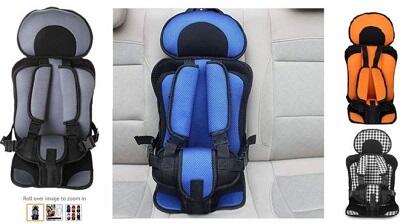 Amazon says it "regrets" that suspect child car seats have once again been found on sale on its UK store, and says it has removed them.

The products were discovered by BBC Panorama as part of a wider-ranging programme.

The US firm has repeatedly faced complaints about listing such seats.

A case dating back to 2013 led to a trading standards investigation that confirmed one example would tear apart if involved in a 30mph (48km/h) crash.

More recently, Which? magazine found examples on Amazon of fabric-based seats that lacked the required safety labelling in 2019. Other outlets, including eBay, were also found to be selling the items at the time.