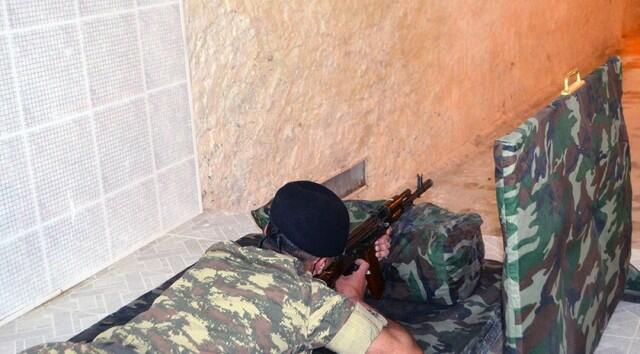 According to the relevant order of the Minister of Defense, military pentathlon competitions were held among servicemen.

Axar.az reports citing MoD that military athletes serving in various types of troops and formations competed for individual and team championship. The servicemen competed in the military pentathlon in overcoming the obstacle course, shooting, grenade throw, running and swimming.

At the end, the winners were awarded diplomas, honorary degrees and medals.