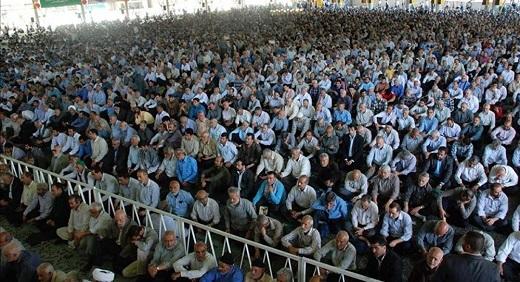 Rockets could be heard exploding nearby during prayers in Afghanistan to mark the start of the Muslim festival Eid al-Adha.

Axar.az reports that worship at the presidential palace in Kabul continued despite the attack, with some appearing frightened and unsure of what to do.

The prayers were being broadcast live and President Ashraf Ghani was in attendance.

The attack came amid a rise in violence in the country, as foreign troops withdraw after 20 years.