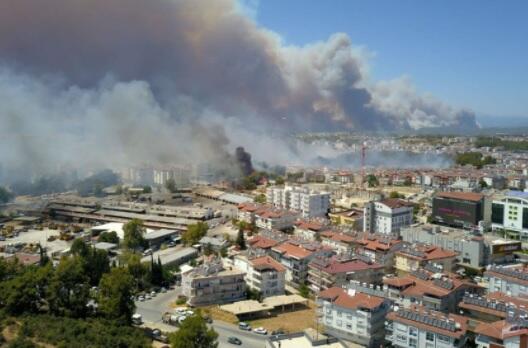 A fire broke out in a forest in the Manavgat district of the Turkish city of Antalya.

Axar.az reports that according to Turkish media, the fire is growing towards the city center with the speed of the wind.

A large amount of equipment, 412 personnel and 19 helicopters were involved in extinguishing the fire.

Evacuation of nearby residents has begun.

At least 53 people were injured in a forest fire in Antalya.

This was reported by AFADA.

It was noted that along with 19 helicopters, 1 firefighting plane and 960 personnel were involved in extinguishing the fire.