Turkish servicemen in Azerbaijan were sent off - Video 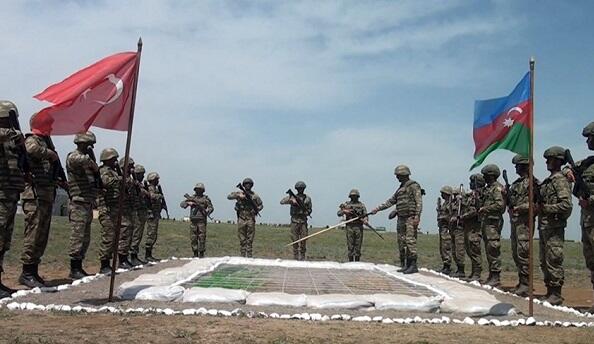 A farewell ceremony was held for the personnel of the Turkish Armed Forces who took part in the Azerbaijan-Turkey joint operational tactical exercise "Unshakable Brotherhood-2021".

Axar.az reports that according to the Defense Ministry, the speakers at the ceremony spoke about the "Reconciliation Plan of the Nakhchivan Garrison Troops for the 2021 academic year" and the agreement on military cooperation signed between the Republic of Azerbaijan and the Republic of Turkey. During the tactical training, the servicemen of the two brotherly countries demonstrated high professionalism, patriotism and unshakable brotherhood.

Gifts were presented to members of the Turkish Armed Forces who participated in the training.

Personnel and military equipment of the Turkish Armed Forces, leaving the military unit of the Special Forces, continued their movement to the places of service, crossing the "Umid" bridge.