Support to Azerbaijan from the state of USA 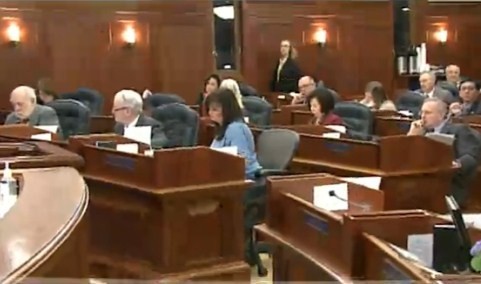 The Legislature of the U.S. State of Alaska adopted a proclamation on February 29 highlighting the importance of the strategic partnership between the United States and Azerbaijan.

The proclamation, which has been sent by the Alaska Legislature to Azerbaijan’s Consulate General in Los Angeles, notes that Azerbaijan “is one of the world’s fastest developing and modernizing countries, is the largest economy of the region, and is our biggest trade partner in the South Caucasus”.

"Like Alaska, Azerbaijan enjoys vast oil and gas resources, contributing to the energy security of the United States, Europe, and Israel, and is a critical element of the “Southern Corridor” which will further diversify energy supply for our European allies," the document further notes.

The proclamation applauds the Azerbaijan-U.S. partnership “dealing with energy security, fighting international terrorism, illegal drugs, human trafficking, and non-proliferation of weapons of mass destruction”, and stresses that "since 2001, Azerbaijan has provided a vital transportation route to supply American and coalition troops based in Afghanistan".

“On behalf of the families of the 2,753 people killed in the terror attacks of 9/11, the Alaska State Legislature thanks the Republic of Azerbaijan for being one of the first countries to render comprehensive and unconditional assistance by opening its airspace and airports for use by coalition troops in Afghanistan, and for sending soldiers to stand with U.S. troops there,” the document says.

"Azerbaijan has a predominantly Muslim population and a constitutional tradition of peaceful coexistence and interfaith harmony between various religions, which has enabled it to maintain close strategic relationships with Israel, the United States, and other free and independent allies. Alaskans trust that our relationship will be enhanced in the future as the United States of America and the Republic of Azerbaijan collaborate on our common goals of freedom and independence," the proclamation concludes.

Passed unanimously by both the Senate and the House of Representatives of the Alaska Legislature, the proclamation was co-authored by the majority of the state legislators and signed by the Senate President Kevin Meyer and House Speaker Mike Chenault.

Thus far, this is the first official document passed by the Alaska State Legislature regarding Azerbaijan.