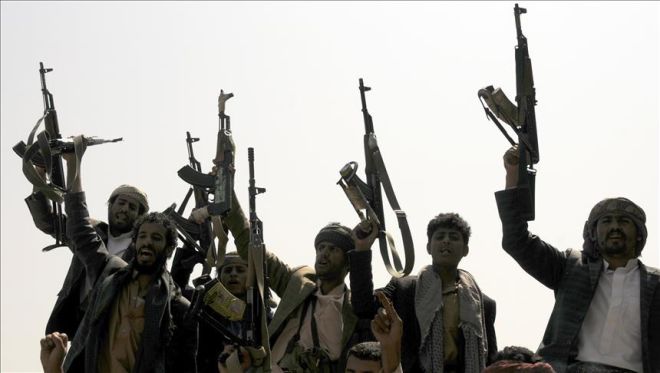 Scores of Houthi rebels were reportedly killed in artillery shelling near border with Saudi Arabia on Sunday as the two-year conflict deepened in war-torn Yemen.

In a statement, the Yemeni army said its forces and Saudi-led artillery had pounded Houthi sites in Midi and Harad districts in the western Hajjah province near Saudi border.

"Scores of Houthis and their allies were killed and injured in the attack," the statement said, giving no exact number of casualties.

There was no comment from the Shia Houthi group on the claim.

"Two pro-government fighters were injured in the violence," the statement said.

Elsewhere, three civilians, including two children, were killed and four others injured in shelling by Houthi rebels in eastern Taiz.

Another child was killed by a landmine explosion in the same province.

Yemen has been wracked by chaos since late 2014, when the Houthi rebels and their allies overran capital Sanaa and other parts of the country.

The conflict escalated in March of last year when Saudi Arabia and its Arab allies launched a major air campaign aimed at reversing Houthi gains and supporting Yemen’s Saudi-backed government.

Nearly 7,000 people have been killed in the Yemeni conflict -- more than half of them civilians -- while another three million are estimated to have been displaced amid a spread of malnutrition and disease.