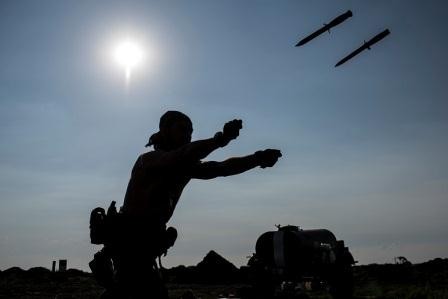 Russia’s Investigative Committee claims that the commanders carried out artillery shellings of civilians in Ukraine’s south-east in March.

Russia’s Investigative Committee has opened a criminal case against four more commanders of the Ukrainian armed forces involved in the shellings of civilians in Donbass, IC acting spokeswoman Svetlana Petrenko said on Tuesday.

The commanders carried out artillery shellings of facilities of civilian infrastructure and civilians in Ukraine’s south-east this March "in violation of provisions of international laws guaranteeing the respect for and protection of the rights of civilians," the statement said.

According to investigators, on March 15 and March 16 Sokolov, Klochkov and other servicemen of the 72nd and 93rd brigades carried out the targeted artillery shelling of Yasinovataya and Staromikhailovka in the Donetsk region, destroying the infrastructure of a checkpoint, power lines and several private houses.

On March 16, Yakubov and other troops of the 30th brigade shelled a house in Gorlovka wounding two civilians. In late March, Prokopiv and other servicemen of the 14th brigade shelled the Petrovsky and Kievsky districts of Donetsk, wounding one civilian and destroying several houses, the spokeswoman said.

Another criminal investigation has been launched into the artillery shelling of houses in Makeyevka on October 27 carried out from military hardware. Two people were killed and at least five others were wounded. The civilian infrastructure and houses were destroyed, she said. The investigation is ongoing.