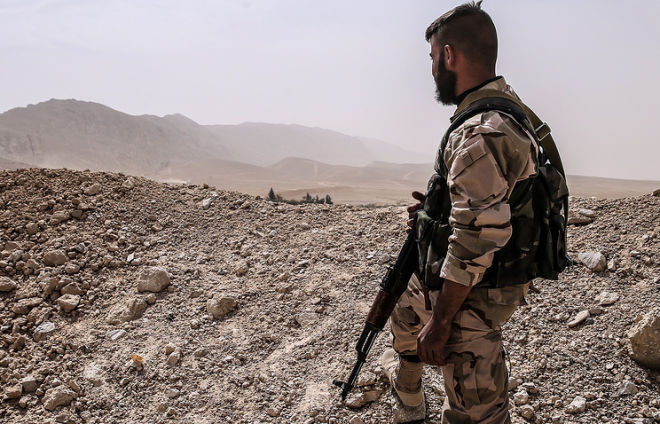 A commander told SANA that "using this highway has become safe now, thanks to returning control over Tellet al-Nakkar heights"

The Syrian government forces have recaptured strategic heights Tellet al-Nakkar to the north of Quneitra (40 kilometers from Damascus), SANA news agency reported.
Over the course of the military operation, the Syrian army ousted militants from Jebhat Fath al-Sham (former Jebhat al-Nusra, banned in Russia) from the area.

Part of the Damascus-Quneitra highway frequently blocked by terrorist is located near the heights. Terrorist also blocked the line of defense set up by the government forces near the nearby settlement of Hodr. A commander told SANA that "using this highway has become safe now, thanks to returning control over Tellet al-Nakkar heights." He said Syrian servicemen will now "monitor all movements of the enemy and will not allow militants to get to the highway."

Syrian government forces delivered strikes at terrorists in Qurum al-Kasha to the south of Hodr. Several military-transport equipment units were damaged, but no one was killed. Militants from Jebhat Fath al-Sham group shelled from mortars towns of Al-Baas and Khan Arnaba near Quneitra on Wednesday. One civilian was killed, and nine more were injured.