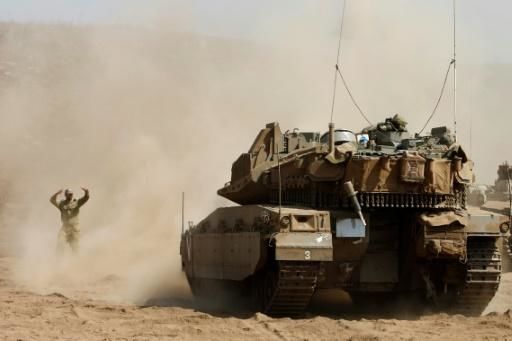 The Israeli military says it has carried out an air strike in Syria on a building used by Islamic State militants to attack Israeli forces.

The overnight air strike Monday targeted an abandoned United Nations building that Israel says was used as a base by the militants. There were no immediate reports of injuries.

In Sunday's clash militants affiliated with the IS group opened fire at an Israeli patrol on the Israeli side of the Golan Heights. Israeli aircraft quickly responded, killing four militants in an air strike on a machine gun-mounted vehicle.

No Israeli troops were hurt, but it was a rare attempt by IS-affiliated militants to ambush Israeli forces.