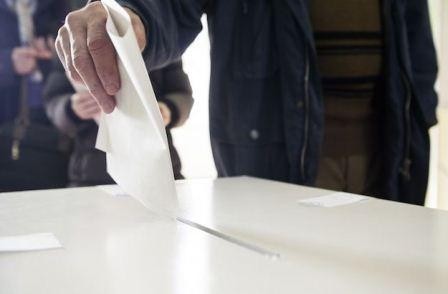 The long and winding road towards the 2016 U.S. Presidential election is poised to come to a merciful end this week. In turn, it won't be long before we can finally close the books on what has unquestionably been the most outrageous, entertaining, depressing and downright confounding U.S. election in recent memory, and perhaps of all-time.

With just a few days before most Americans get out and vote, the drama surrounding this year's election shows no sign of dying down. Over the weekend, U.S. intelligence sources told NBC that a number of government security agencies are ready to detect, defend against, and if need be, fight back against any Russian attempts to impact this week's election. Now in any other year, this story might appear to be utter nonsense, but it's really just par for the course for this current election cycle where sensationalist stories have become the norm.

According to the report, the White House has been working with the NSA, the Defense Department, the CIA and other agencies to ensure that disinformation campaigns don't pick up any traction and to prevent any type of election-oriented digital attacks from taking place.

The U.S. government believes hackers from Russia or elsewhere may try to undermine next week's presidential election and is mounting an unprecedented effort to counter their cyber meddling, American officials told NBC News.

For example, officials fear an 11th hour release of fake documents implicating one of the candidates in an explosive scandal without time for the news media to fact check it. So far, document dumps attributed to the Russians have damaged Democrats and favored Trump.

Given that disinformation can spread incredibly quickly, it's perfectly understandable that defense officials will be on high-alert this week. Interestingly enough, the report also adds that some within the defense community are viewing October's massive DDoS attack as a dry run for what may ultimately be a more significant attack scheduled to get underway this coming Tuesday.

While multiple intelligence officials told NBC that they have no specific warning about an Election Day attack, they also say they consider the massive and sophisticated internet disruption of Friday, Oct. 21, a potential dry run.

The "distributed denial of service" attack on equipment provided by the company DYN, which took down popular internet sites like PayPal and Amazon for hours, "had all the signs of what would be considered a drill," said Ann Barron-DiCamillo, former director of Homeland Security's computer emergency readiness team.

Predictably, Russia has thus far denied that it has had anything to do with the current U.S. election. However, a joint statement from the DHS and the Office of the Director of National Intelligence released a month ago begs to differ, reading in part:

The U.S. Intelligence Community (USIC) is confident that the Russian Government directed the recent compromises of e-mails from US persons and institutions, including from US political organizations. The recent disclosures of alleged hacked e-mails on sites like DCLeaks.com and WikiLeaks and by the Guccifer 2.0 online persona are consistent with the methods and motivations of Russian-directed efforts. These thefts and disclosures are intended to interfere with the US election process. Such activity is not new to Moscow—the Russians have used similar tactics and techniques across Europe and Eurasia, for example, to influence public opinion there. We believe, based on the scope and sensitivity of these efforts, that only Russia's senior-most officials could have authorized these activities.