3 out of 8 Indian diplomats accused of spying 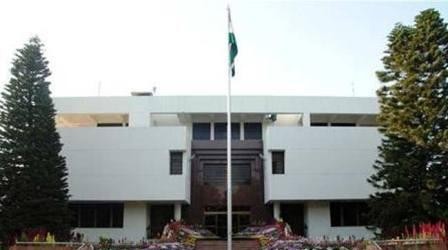 Pakistani officials say that three out of eight Indian diplomats accused by Islamabad of spying have left the country to return home.

A security official and a government official insist the three are part of an alleged network of spies.

The two officials say the three Indians left Pakistan on Tuesday and that the other five "undercover agents" will also leave Islamabad soon.

The officials spoke on condition of anonymity because they were not authorized to talk to the media.

Pakistan has withdrawn six diplomats from its embassy in New Delhi after their names were released to Indian media. Islamabad reciprocated by revealing names of eight Indian diplomats, claiming they were spies.

Pakistan-Indian tension subsequently increased further, amid already tense relations over contested Kashmir, which both claim in its entirety.