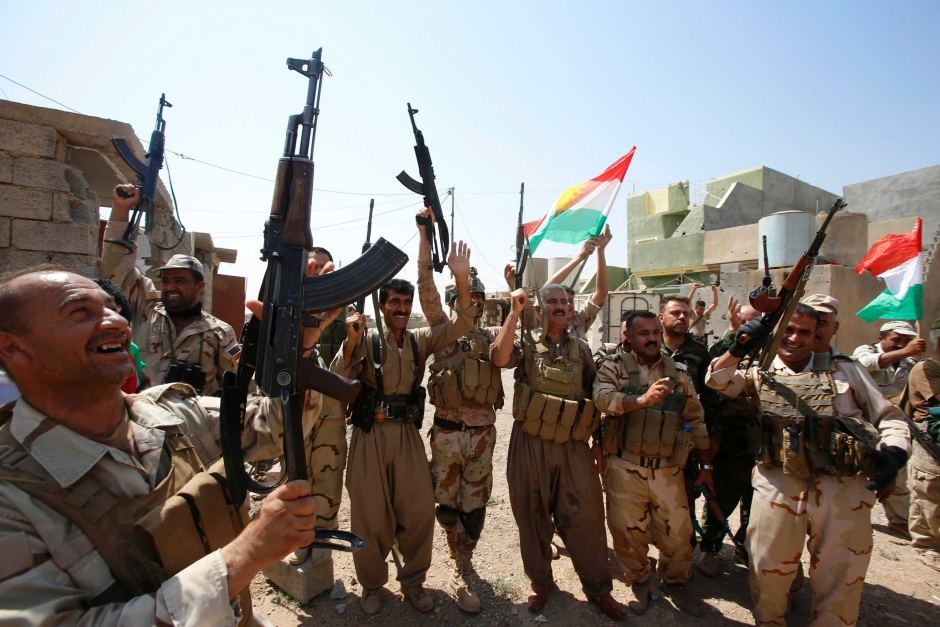 Tanks rolled into Bashiqa, as Kurdish Peshmerga forces pushed into the town.

Located 15km northeast of Mosul, it is a strategic battleground on the road to Iraq’s second city.

Bursts of gunfire could be heard, as Peshmerga fighters backed by the US-led coalition advanced on two fronts.

The battle for Bashiqa began on Monday, with Peshmerga fighters going house-to-house to clear the town of ISIL militants.

One officer said two suicide car bombs had tried to halt their advance, while a single sniper held up a convoy of 40 vehicles.

It is part of a larger offensive to recapture Mosul from the so-called Islamic State, now into its fourth week.

Iraqi special forces broke into the eastern districts of the city last week, leading to what an army spokesperson described as the world’s ‘toughest urban warfare’.