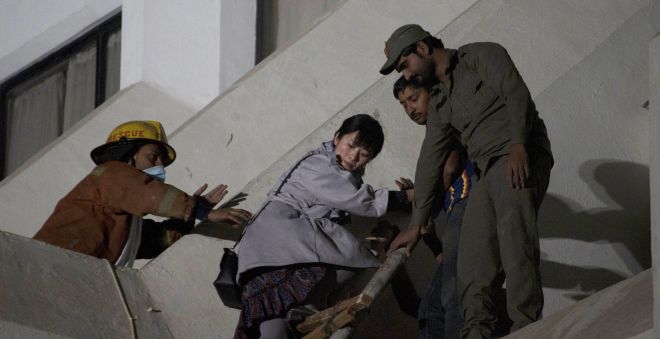 A Pakistani police officer said a fire that swept through a four-star hotel in the southern port city of Karachi has killed at least 11 people.

Tauqeer Naeem said more than 50 people suffered injuries in the Monday morning blaze, which started in the hotel kitchen. He says an exact cause of the fire hasn’t been determined.

Dr. Semi Jamali at Jinnah Hospital in Karachi said some foreigners were among those being treated for burns.

TV footage of the incident showed guests at the hotel using bedsheets to climb down from windows.