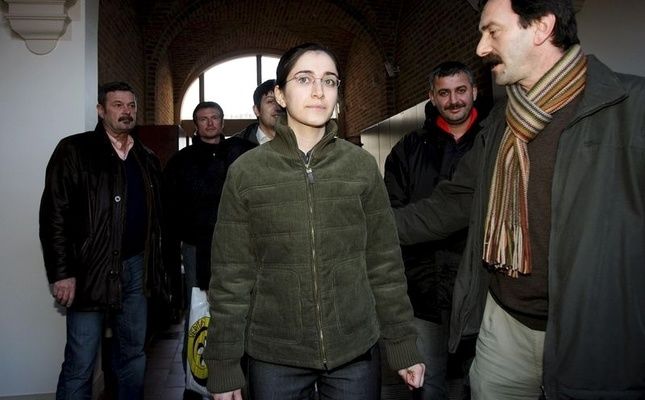 The court in Belgian city on Brugge will announce its sentence on Jan. 2.

Erdal's Belgian lawyer Paul Bekaert recused from the case and did not leave a mandate for the local bar association to appoint a new lawyer for the defense of Erdal.

Erdal was involved in the killing of prominent Turkish businessman Özdemir Sabancı in 1996. After being hired as maintenance staff by Sabancı Holding, Erdal assisted other DHKP-C militants, Ismail Akkol and Mustafa Duyar, to enter Sabancı Towers in Istanbul to assassinate Sabancı along with Haluk Görgün, the general manager of ToyotaSA, and secretary Nilgün Hasefe.

Erdal had fled first to Greece hiding in a truck and then to Belgium after the murder She was first captured by Beigian authorities with a fake passport when her flat caught on fire in 1999, and tried in court. After serving a year in prison, Erdal was taken into house arrest, where she fled in 2006.

In 2007, a court decided to bring a lawsuit on Erdal for crimes committed in Turkey; however, it was later overturned. She was acquitted of all charges in 2008 and went missing. Belgium does not recognize her as a terrorist and describes her as a "gang member."

The judiciary process was reinitiated upon Sabancı family's application, and on May 25, a court ruled decided to try Erdal in Belgium.