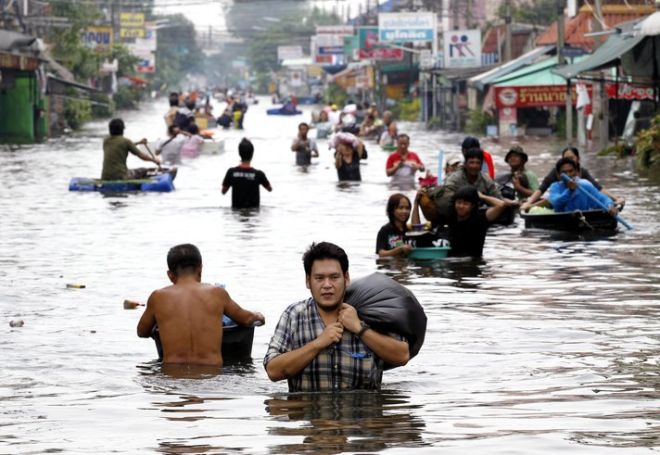 Floods in Thailand have killed 14 people and badly affected southern holiday islands as the country heads into the December-January high season for tourism, authorities said on Tuesday.

A low pressure system has brought heavy rain to parts of the south including the islands of Samui and Pha Ngan in the Gulf of Thailand, and floods have also severed the rail link to the south and Malaysia beyond.

Tourism has been a rare bright spot for an economy that has struggled to gain traction since the army seized power in a bloodless coup in 2014 to end months of political unrest.

The death on Oct. 13 of long-reigning King Bhumibol Adulyadej plunged the country into grief and also raised questions about tourist arrivals though authorities say the country is open for business despite a year of mourning.

"There has been heavier rain than usual which has caused drainage problems," Nongyao Jirundom of the state Tourism Authority of Thailand on Samui island told.

"Swimming is out of the question."

The National Disaster Warning Centre said 14 Thai people had been killed in various accidents caused by the weather in different parts of the south.

Southbound trains have been halted in the town of Thung Song in Nakhon Si Thammarat province because of flooding.

Nakhon Si Thammarat has had 447 mm of precipitation in the past 7 days, 380 mm more than the average for this time of year, according to Thomson Reuters data.

December marks the beginning of the dry season when tourists descend on palm fringed beaches to celebrate the Christmas and New Year holidays.

Despite the mourning period for the late king, authorities are bullish about the outlook for tourism, which accounts for 10 percent of gross domestic product.

The tourism ministry expects a record 32.4 million arrivals this year.