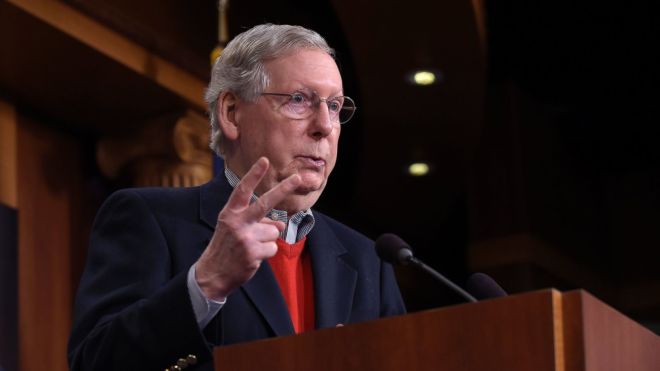 Congress' Republican leaders are preparing to greet incoming President Donald Trump with investigations into whether Russia intruded into last month's elections to help him win the White House.

Senate Majority Leader Mitch McConnell declined to say Monday whether he agreed with the CIA assertion that Russian hacking and public release of Democratic emails during the presidential campaign were designed to aid Trump. But in a noteworthy departure from Trump's rejection of that conclusion, the Kentucky Republican said the Senate Intelligence Committee would review the issue on a bipartisan basis.

House Speaker Paul Ryan endorsed an ongoing investigation by the House Intelligence Committee of cyber threats from other countries and extremist groups. The Wisconsin Republican condemned "any state-sponsored cyberattacks on our democratic process" and said that examination would continue.