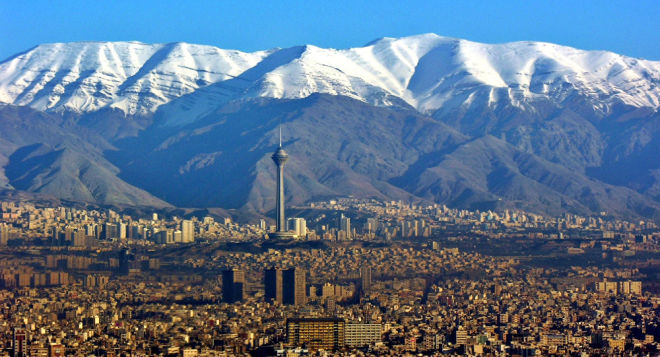 UK Prime Minister Theresa May has recently asserted that Iran supposedly poses a threat to the Middle East, pledging to work with the Gulf states to minimize the country's influence in the region. Davood Kiyani, Deputy Director of the Institute for Iran-Eurasia Studies, told that May's remarks have nothing to do with Tehran's policies.

"Iran's political elite maintains that May made these comments to 'cajole Arab rulers' into securing lucrative arms deals with the Gulf states. This is why May's speech should not be viewed as Britain's 'reasonable' reaction to policies pursued by Iran. Tehran's policy in the region is not a secret to anyone; it is clear and transparent," he said. Relations between Iran and the UK are unlikely to improve in the coming decades, Kiyani added.

"We will most likely see the dawn of diplomatic relations, not the dusk," the analyst said. "I think that relations between Iran and the UK will never improve. The key reason is that London has traditionally, indefectibly and comprehensively supported the Gulf nations. London has made its choice when it comes to regional politics. The UK is determined to foster its relations with the Gulf, and not Iran, since London views these ties as more beneficial from political and economic points of view."

On December 7, Theresa May told the Gulf Co-operation Council 2016 that she was "clear-eyed about the threat" that Iran ostensibly poses to the Arab monarchies and the Middle East.

"The UK is fully committed to our strategic partnership with the Gulf and working with you to counter that threat," May said. "We must also work together to push back against Iran's aggressive regional actions, whether in Lebanon, Iraq, Yemen, Syria or in the Gulf itself."

Kiyani described May's comments as "inappropriate, unreasonable and unprofessional" when it comes to diplomatic rhetoric. The analyst further said that there was nothing surprising about May's remarks, which echoed those made by her predecessors. However, in his view, the timing of the comments was strange since the speech came after London and Tehran had made a major effort to restore and improve relations after the P5+1 countries and Iran had reached a deal on curbing Tehran's nuclear efforts.