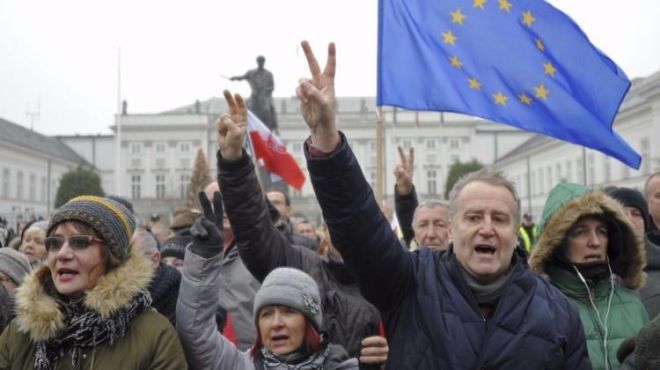 Protests in the Polish capital Warsaw against government plans to restrict journalists' access to parliament are set to enter their third day.

Axar.az informs, demonstrators will gather outside parliament on Sunday as opposition MPs continue a sit-in that began on Friday. Supporters of Poland's populist right-wing government will also hold a demonstration in Warsaw. Polish President Andrzej Duda has offered to mediate between the two sides.

On Saturday, journalists met the speaker of the upper house of parliament to discuss the new rules. Although no breakthrough was made at the talks, there were signs that a compromise deal may be reached after another meeting was scheduled for Monday.

Earlier Polish Prime Minister Beata Szydlo, in a televised address, said the blockade on parliament in protest at the new rules by opposition MPs was "scandalous". She said people were free to protest, but had to respect the views of others.