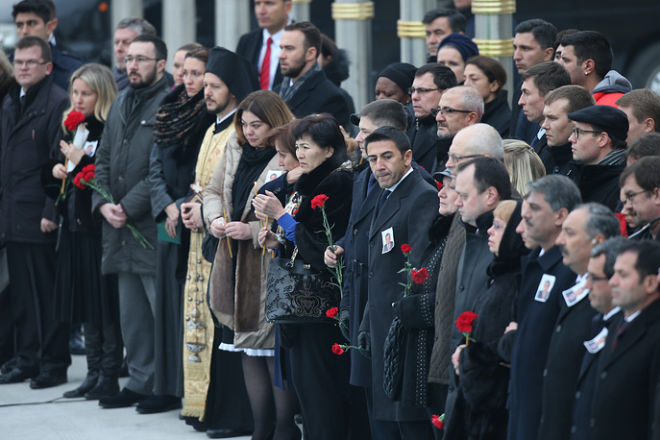 The Russian diplomat was assassinated on Monday evening in Ankara during his speech at the opening of a photo exhibition.

Axar.az informs, Turkey is holding a ceremony at Ankara airport to bid farewell to assassinated Russian ambassador Andrey Karlov. The ceremony is being broadcast by Turkey’s Dogan news agency.

The ceremony with the participation of the Turkish guard of honor is being attended by the murdered diplomat’s relatives, employees of the Russian embassy, Turkish Vice-Premier Tugrul Turkes, Interior Minister Suleyman Soylu, Ankara Mayor Melih Gokcek, Foreign Ministry representatives and the heads of foreign embassies.