‘Difficult to predict’ when Mosul will fall 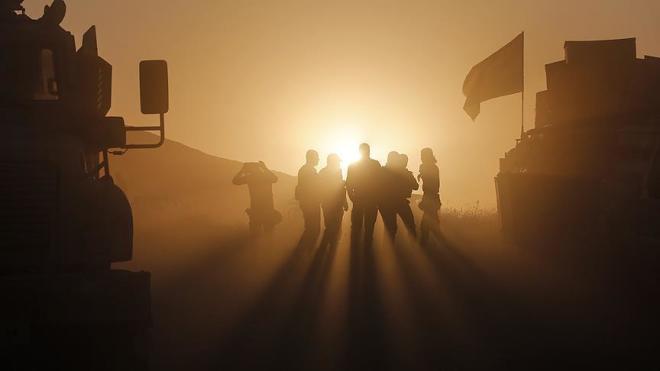 It is impossible to say when Iraqi military operations aimed at recapturing Mosul from the IS terrorist group will wrap up, according to a high-ranking U.S. army officer.

Axar.az reports that, U.S. Army Colonel John Dorian, the spokesman for an international, U.S.-led anti-IS coalition, described the Iraqi army’s Mosul campaign -- which began on Oct. 17 -- as a difficult one.

According to Dorian, coalition forces are advising and assisting Iraqi forces in the months-long battle to retake the city.

This supporting role, he explained, includes providing Iraqi forces with "assistance with intelligence, surveillance and reconnaissance, logistics, equipment and air and artillery strikes".

"The coalition has delivered 7,511 munitions against IS targets," Dorian told.