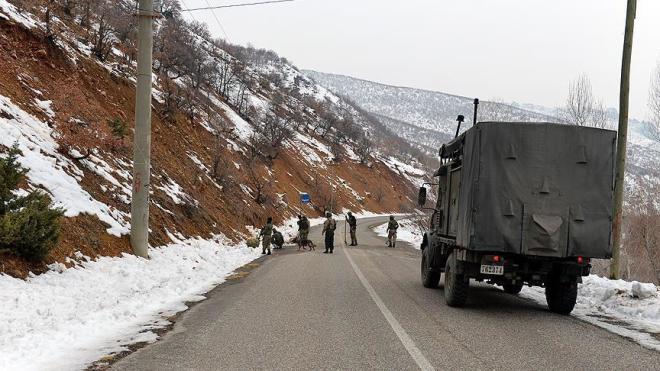 Sixteen DHKP-C terrorists have been "neutralized" in anti-terror operations in the eastern Anatolian city of Tunceli since this April, according to the military.

The Turkish Armed Forces announced on Thursday that the last two members of the terrorist DHKP-C in Tunceli were "neutralized" Wednesday during an operation in the Asagısavaliler neighborhood of Tunceli’s rural Cat valley.

Thursday’s announcement also said that over 100 terrorist group members of the PKK, TIKKO, and the DHKP-C were killed in the last four months.

During the operations, a large amount of ammunition and living supplies were seized.

The PKK – listed as a terrorist organization by Turkey, the U.S., and the EU – resumed its decades-old armed campaign in July 2015.

Over 1,100 people, including over 800 security personnel and over 300 civilians, have lost their lives in PKK attacks since the terrorist organization resumed its attacks.

Over 4,000 security personnel and over 2,000 civilians have also been injured.

In anti-terror operations, more than 10,000 PKK terrorists have been killed or apprehended. Around 5,500 weapons and 652,000 rounds of ammunition have been seized, along with some 142 tons of explosives and 15,000 bombs.