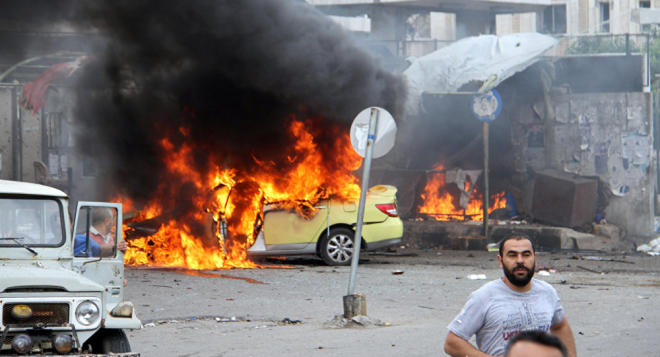 At least 11 people were killed and some 30 were wounded on Thursday in a terrorist attack in the city of Jabla in Syria’s Latakia province, which is controlled by the government forces, the Syrian state-run television said citing a local hospital official.

Axar.az reports that, local police said the blast took place near a stadium.

The city's residents told that several cars and small shops caught fire. According to preliminary data, a car bomb was the cause of the explosion.

Jabla is located not far from the Hmeymin airbase used by the Russian Aerospace Forces.

No militant group has taken responsibility for the deadly attack so far.