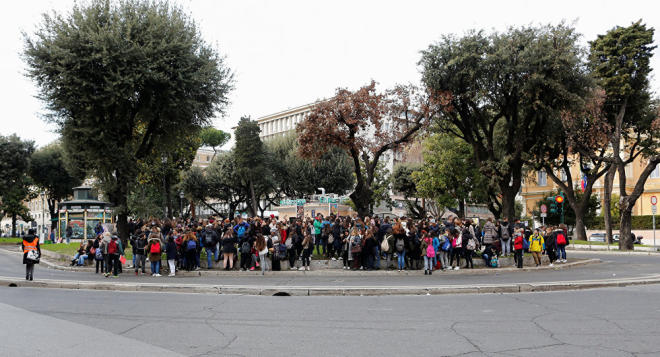 Central Italy was struck by a magnitude 5.1 earthquake, the fourth within the day, the National Institute of Geophysics and Volcanology said Wednesday.

Axar.az reports that, the epicenter of the earthquake is reportedly about 10 kilometers (6.2 miles) deep and was registered at 13:30 GMT.

The European-Mediterranean Seismological Centre (EMSC) announced the last earthquake had a magnitude of 5.3 (a downgrade from previously stated magnitude of 5.6), the one before was 5.7 and the earliest one was 5.3. Italian Prime Minister Paolo Gentiloni said that the earthquakes resulted in no victims.