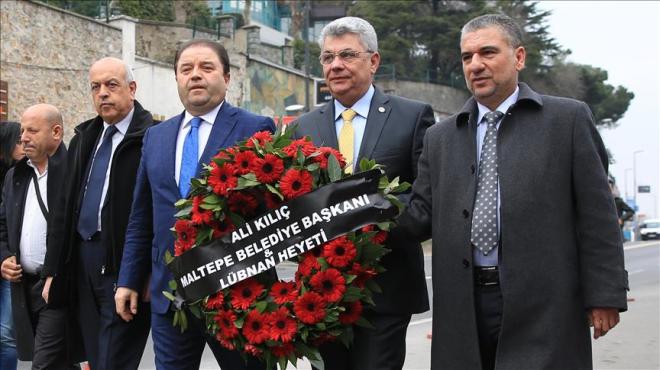 Mayors from both Turkey and Lebanon Tuesday commemorated the victims of the New Year’s Eve nightclub attack in Istanbul which left 39 dead, including three Lebanese nationals.

Axar.az reports that, the attack on the Reina nightclub occurred when a gunman with an assault rifle stormed the venue beside the Bosphorus just over an hour into the New Year.

Ali Kilic, the mayor of Istanbul's Maltepe district, along with Mohamed Saadieh, the head of Lebanon’s Union of Dannieh Municipalities, and three other Lebanese mayors were present at the ceremony.

The mayors laid a wreath in front of the nightclub.

"We will always stand in solidarity with our Turkish brothers in fighting terrorism," Saadieh said during the ceremony.

On Jan. 16, Abdulgadir Masharipov, the main suspect behind the deadly attack, was captured by police in Istanbul's Esenyurt district.

Four other people, including a man of Kyrgyz origin and three women, were detained along with Masharipov.