"1984" becomes bestseller in age of Trump 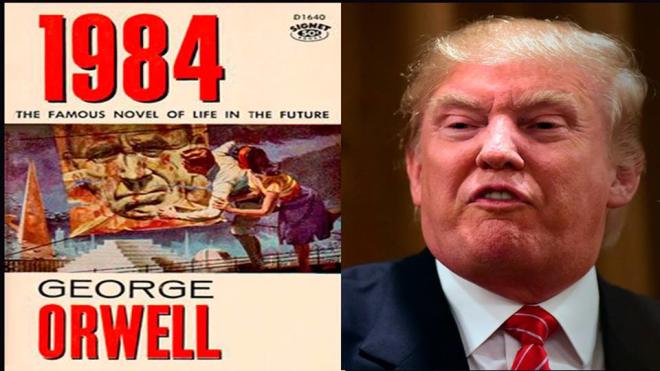 Public concern over the rise of "alternative facts" under US President Donald Trump has led to copies of George Orwell's 1984 selling out on Amazon.

Her words held a chilling resemblance to the stance adopted by the totalitarian regime in the book, who control public thought through Newspeak, a language designed to subtly influence the mindset and choices of its citizens.

Promoted by the Ministry of Truth – a department responsible for propaganda and revisionism – the language limits free thought to prevent "thought crimes".

Social media users and journalists quickly picked up on the similarities, creating a RENEWED

spike in interest in the 1948 novel, a long-held staple of the school curriculum given its prophetic understanding of the surveillance state.

Now, the world's largest bookseller, Penguin has become unable to compete with demand, putting online retailer Amazon temporarily out of stock of its current best-selling read.

"We put through a 75,000 copy reprint this week. That is a substantial reprint and larger than our typical reprint for 1984," a Penguin spokesman told The New York Times.

The rise "started over the weekend and hit hyperactive." After Conway's comments went viral, attention on the book "kind of took a life of its own," he added.