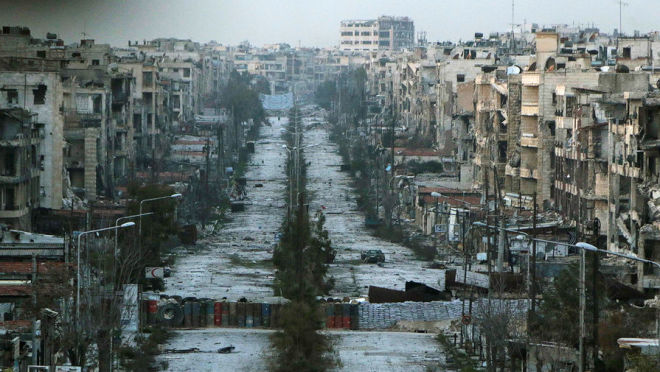 Russia's draft of the Syrian constitution that Moscow circulated at the January 23-24 intra-Syrian talks in Astana, Kazakhstan, is a serious step towards the peaceful settlement of the Syrian conflict and towards a consensus between Damascus and the so-called "moderate" opposition, Russian military expert Ivan Konovalov told.

Axar.az reports that, at the January 23-24 intra-Syrian talks in Astana, Kazakhstan, Russia has proposed a draft to serve as a "guide" for the Syrian constitution, outlining that it will be the Syrians who draft the final version, taking into account proposals made by both the government and the opposition.
RT channel has obtained a copy of the proposed document via an opposition source in Syria.

Territorial integrity, the separation of political powers as well as respect for minority rights and international treaties are among the cornerstones of the draft.

Russian Foreign Minister Sergey Lavrov said that Moscow based its proposal on what it heard "from the Syrian government, from the opposition and from the countries of the region" over the past few years.

In terms of sovereignty, the Russian proposal says that Syria "is united, inviolable and indivisible." Its territory is "inalienable" and the state borders can only be changed after a public referendum conducted "among all citizens of Syria."

According to the draft Constitution, the executive branch of power in the country is represented by the President and his government. The President is elected by a public vote and can serve a maximum of two terms with seven years each. The People’s Assembly serves as a parliament, passing laws which later should be forwarded for approval to the Assembly of Territories and then to the President