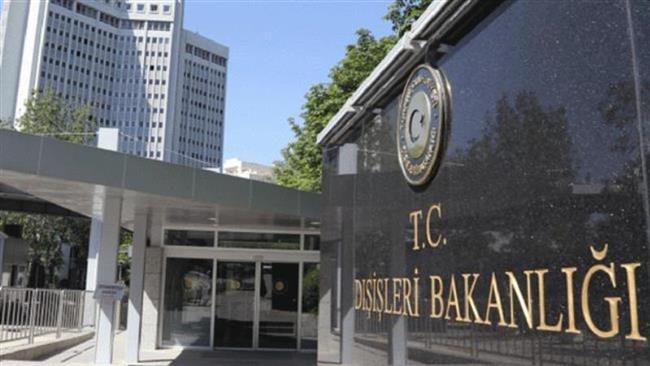 Turkey's Foreign Ministry has summoned the German Ambassador, Martin Erdmann, over the cancellation of a Thursday meeting between Turkey's justice minister and Turkish citizens in Germany, according to a ministry source.

Axar.az reports that, the source, who spoke on condition of anonymity due to restrictions on talking to the media, said that Erdmann was called to the ministry in relation with the developments which led the municipality of the southern German town of Gaggenau to revoke permission for a hall meeting between Bekir Bozdag and the members of the Turkish community scheduled for earlier Thursday.

The municipality of Gaggenau revoked its permission for the meeting earlier Thursday citing concerns of overcrowding, which prompted Bozdag to cancel his planned visit to Germany. The incident has drawn strong criticism from the Turkish government.

The event was organized by the Union of European Turkish Democrats, or UETD.