China has also followed path of US - Military Budget 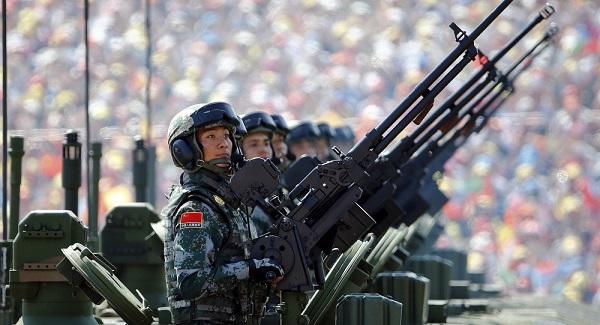 The defense budget of China will increase by around 7 percent this year, as compared to last year’s $146 billion, spokesperson of the country’s National People’s Congress (NPC) has announced.

The announcement comes amid US plans to boost military and security spending by 10 percent.
"This year, the defense budget will increase by about 7 percent and will amount to 1.3 percent of the GDP," Fu Ying said on Saturday.

She stressed that the budget increase is due to a need to ensure state security and is not a reflection of opposition to other nations.

On Friday, Chinese Lt. Gen. Wang Hongguang, a retired deputy commander of the former Nanjing Military Command, called for a 12 percent increase of the Chinese defense budget in view of US defense spending plans.

"The US defence budget has increased by 10 per cent and we need at least a double-digit increase. The most ideal is 12 per cent," Hongguang said as quoted by The South China Morning Post.

Fu Ying said on Saturday that China is far behind the United States in terms of military capabilities, but is nonetheless strong enough to ensure stability in the South China Sea.

On Monday, the US Office of Management and Budget announced that US President Donald Trump’s budget proposal would boost military and security spending by $54 billion, or 10 percent, with a corresponding reduction in all other discretionary spending.

The Chinese military budget is the second largest in the world after that of the US. Last year, China’s defense budget increased by 7.6 percent as compared to 2015, which was the slowest growth rate in six years.