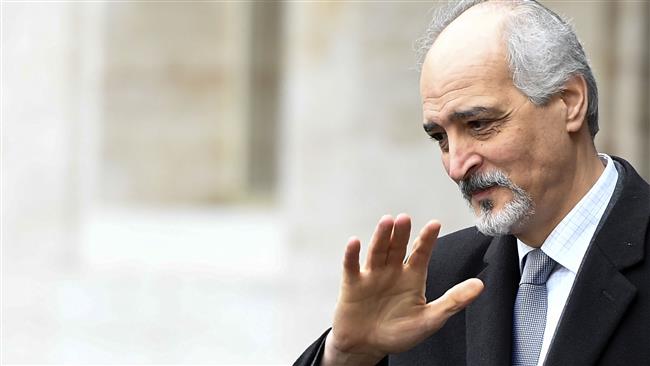 The main condition for the Syrian government to continue peace talks is to negotiate with a “unified” national opposition which is not linked to any foreign countries, says Syria's ambassador to the UN and chief negotiator.

Axar.az reports that, in his first remarks following the latest round of UN-led Syria peace talks in the Swiss city of Geneva, Bashar al-Ja'afari told reporters on Saturday that Damascus sought a unified Syrian opposition in the negotiations, "not a Saudi partner nor a Qatari, Turkish or French partner.”

He noted that such an opposition should not seek assistance from Israel and "does not work according to Qatari, Saudi, Jordanian, Israeli intelligence agendas.”

The High Negotiations Committee (HNC), which serves as an umbrella group for militants and opponents of Syrian President Bashar al-Assad in the peace talks, was the main Syrian opposition at the negotiations along with two smaller groups that attended the negotiations under the auspices of Russia.

Referring to the results of the talks which ended on Friday, Ja'afari said, “Nothing has been adopted so far, there is nothing final at all except for the agreement on an agenda. This is the only final thing that we achieved in this round.”

The Syrian chief negotiator said Damascus was currently examining whether to return for the next round of Geneva talks later in March.