Naked woman scandal in US army 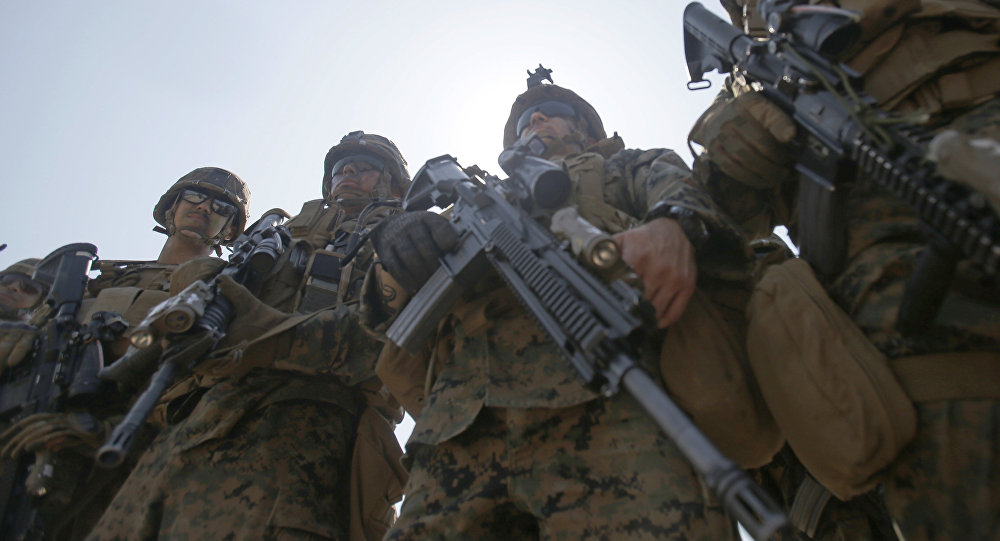 Hundreds of US Marines are being investigated by the US Defense Department for sharing naked photos of their female colleagues and other women in a closed Facebook group.

The group, which grew to nearly 30,000 followers before it was shut down, was apparently launched less than a month after the first women were assigned to a Marine infantry unit on January 5, Reveal News reported. Eventually, more than two dozen women, among them active duty officers and enlisted service members, were identified by name, rank and station in photos on or linked to the page.

And then, of course, members of the "Marines United" group would comment on what they'd like to do to them, and it got graphic.

Not all of the women had consented to be photographed or even knew their photos had been taken. According to Reveal, at least one woman corporal in uniform was followed by a fellow Marine, who secretly photographed her picking up her gear at Camp Lejeune in North Carolina. After the photo was posted, commenters suggested the secret photographer have sex with her. And film it. And share it.

Photos and information were shared to the Marines United Facebook page via linked Google Drive accounts, allowing soldiers to browse caches of photos and videos of women, information about their social media accounts, and more.

The first Google Drive link posted on the page was introduced thus, Reveal News reports: "Here you go, you thirsty [expletives]…this is just the tip of the iceberg. There is more coming."

He then told his fellow soldiers that any of them could contribute by sending him a private message, so he could give them a personal upload link.

The Marines United page has apparently been active since 2015, but the sexual photo sharing only began recently. It was first uncovered by Thomas Brennan of The War Horse, a nonprofit news organization, who brought the activity to the attention of the Marine Corps.

The War Horse has spoken with some of the women in the photographs. Some believe former partners shared photos of them. One said a male colleague alerted her to the fact that her photos were being passed around online.

According to Reveal, the Marine Corps contacted the employer of the Marine veteran who first posted a Google Drive link to the Facebook page. He has been fired from his government contracting job now. The Marine who took the photo of his colleague at Camp Lejeune has also been discharged, Marine officials say.

Representative Adam Smith, ranking member of the House Armed Services Committee, called the behavior on the page, "degrading, dangerous, and completely unacceptable" in a March 5 statement reported by Military.com

"I expect that the Marine Corps commandant, General [Robert] Neller, will use his resources to fully investigate these acts and bring to justice any individuals who have broken the law and violated the rights of other servicemembers," Smith said.

"He must also ensure that the victims are taken care of. The military men and women who proudly volunteer to serve their country should not have to deal with this kind of reprehensible conduct."

Top enlisted man in the Marines Sergeant Major Ronald Green said, "These negative behaviors are absolutely contrary to what we represent."

"The Marine Corps is deeply concerned about allegations regarding the derogatory online comments and sharing of salacious photographs in a closed website," Marine Corps Spokesperson Captain Ryan Alvis said in a statement provided to Military.com. "This behavior destroys morale, erodes trust, and degrades the individual."

Alvis also said the corps was thankful that Brennan had notified them, ABC reported. "It allowed us to take immediate action to have the explicit photos taken down and to prepare to support potential victims."

Brennan himself hasn't been exempt from online harassment. He shared messages sent to him from some members of the group with Military.com, including one offering $500 for naked pictures of his "girl."