Only Putin and Abe can reach an agreement 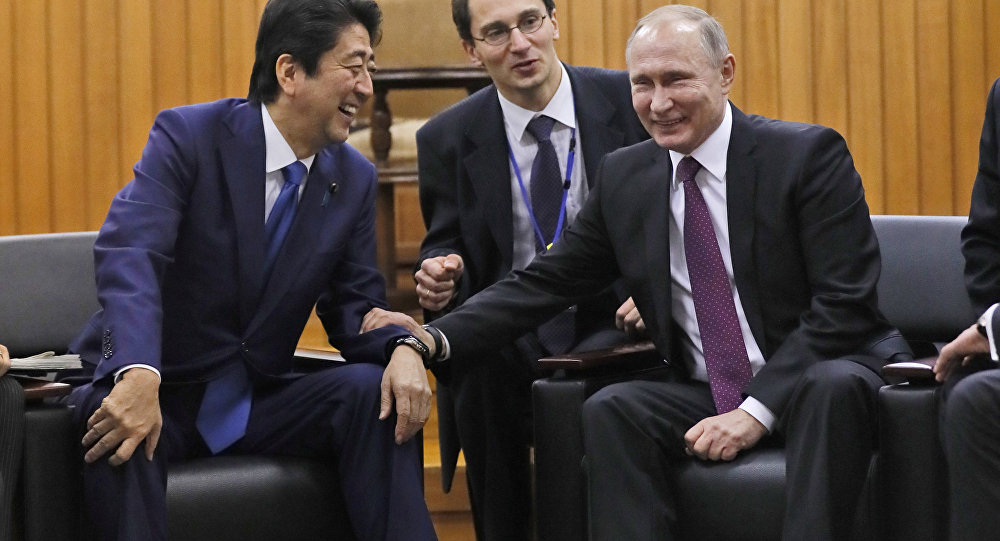 The relationship between Russia and Japan has been complicated by the decades-long territorial dispute and the issue of the peace treaty, but both countries could achieve a breakthrough in the coming years, Japanese politician Muneo Suzuki told.

Axar.az reports that, "I think that relations between Russia and Japan will become increasingly positive," he said. "In the next two years major changes could be expected. However, the peace treaty is only possible if leaders of both countries endorse it. Only President Vladimir Putin and Prime Minister Shinzo Abe can make this decision."

Both leaders have stated that signing a peace treaty and resolving the territorial dispute over the islands known as the Kurils in Russia and the Northern Territories in Japan is a priority, emphasizing that these issues do not prevent both nations from fostering a working and mutually beneficial relationship.

"Prime Minister Abe has focused on [developing] Japan's relations with Russia with determination and readiness. Once a month I meet the prime minister to discuss Russia and Japan. I have always felt how important it is for the prime minister to improve relations with Russia and to resolve the peace treaty issue. He believes that stability in the Far East will contribute to peace and security in the whole world," Muneo Suzuki said. "I think that Prime Minister Abe is trying to fulfil his father's dream of improving Japan's relations with Russia. I think he wants to do it together with President Putin."

Shintaro Abe, a senior member of the Liberal Democratic Party (LDP), served as Japan's foreign minister from 1982 to 1986.

"Shintaro Abe was last seen on the political arena during the official ceremony held when Mikhail Gorbachev visited Japan in April 1991. He passed away a month later," Muneo Suzuki narrated. He was "trying to contribute to mending Soviet-Japanese relations even while he was ill at hospital."
Muneo Suzuki further commented on a Putin-Abe agreement on joint economic activities on the disputed islands, covering fisheries, tourism, culture and medicine. He said that Japan will need to come up with specific proposals on this issue to present to Russian officials during Abe's upcoming visit.

"For instance, in response to Putin's positive stance on the free movement of those who used to live on the islands, Japan will need to outline a program aimed at bringing in jobs, providing medical care, protecting the environment and natural resources, as well as developing infrastructure," he detailed.