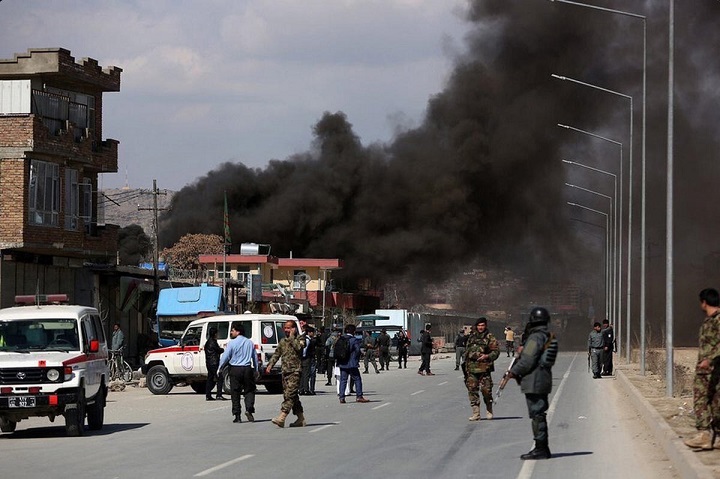 More than 30 people have been killed after attackers dressed as doctors stormed the largest military hospital in Kabul, Afghan officials say.

Axar.az reports militants armed with guns and grenades gained entry after one detonated explosives at a hospital gate and then opened fire on staff and patients.
Commandos who landed on the Sardar Daud hospital roof killed all four attackers after several hours of fighting. The so-called Islamic State (IS) group has claimed the attack. The Taliban has denied any involvement.

President Ashraf Ghani said the attack at the 400-bed hospital "trampled all human values".
"In all religions, a hospital is regarded as an immune site and attacking it is attacking the whole of Afghanistan," he said.

The attack began at 09:00 local time (04:30 GMT). One hospital staff member who was able to get out saw an attacker "wearing a white coat holding a Kalashnikov and opening fire on everyone, including the guards, patients and doctors".
One employee wrote on Facebook: "Attackers are inside the hospital. Pray for us."